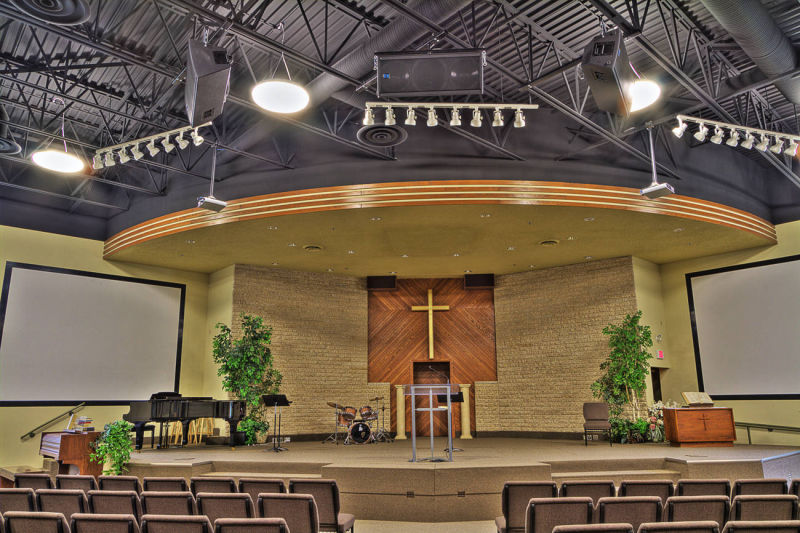 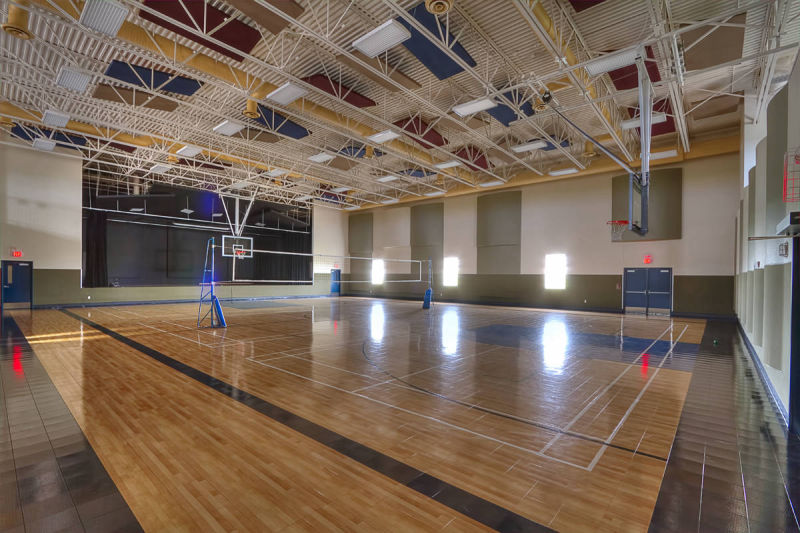 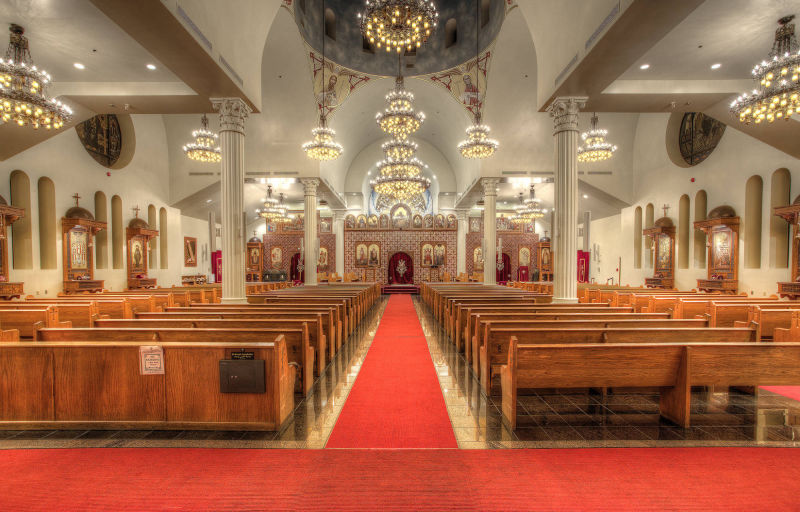 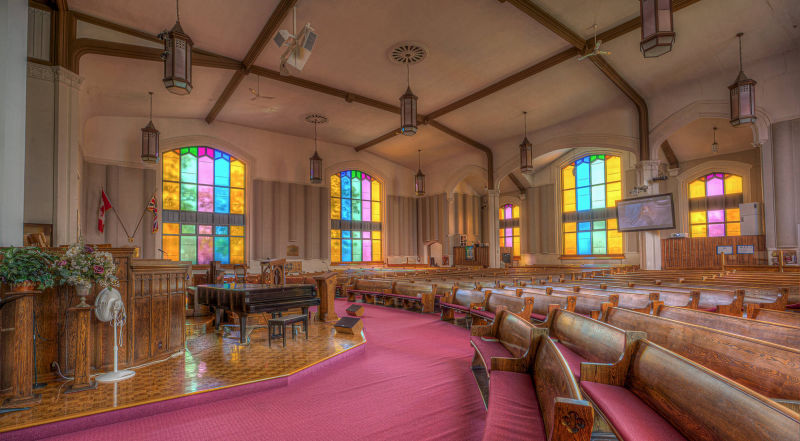 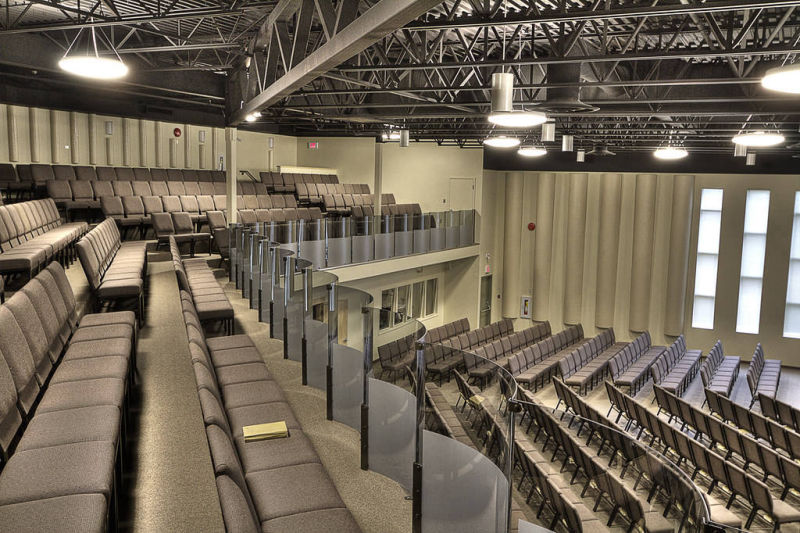 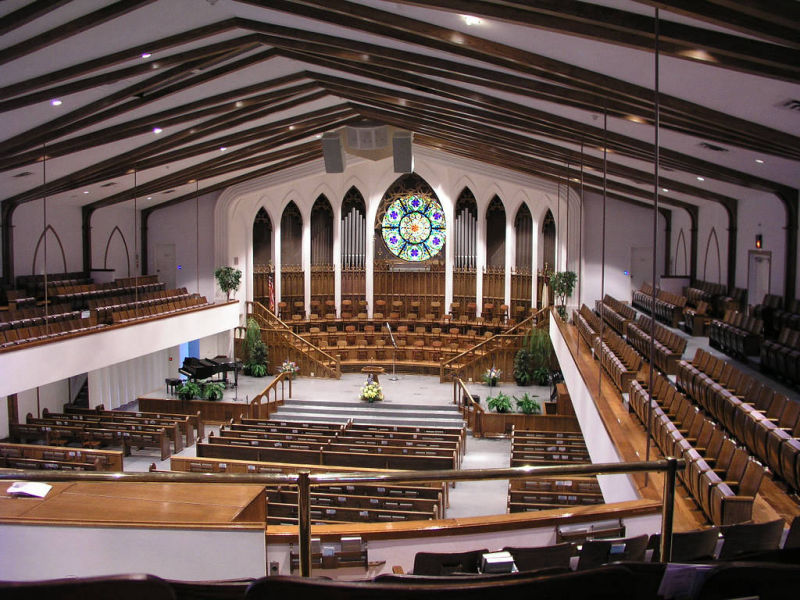 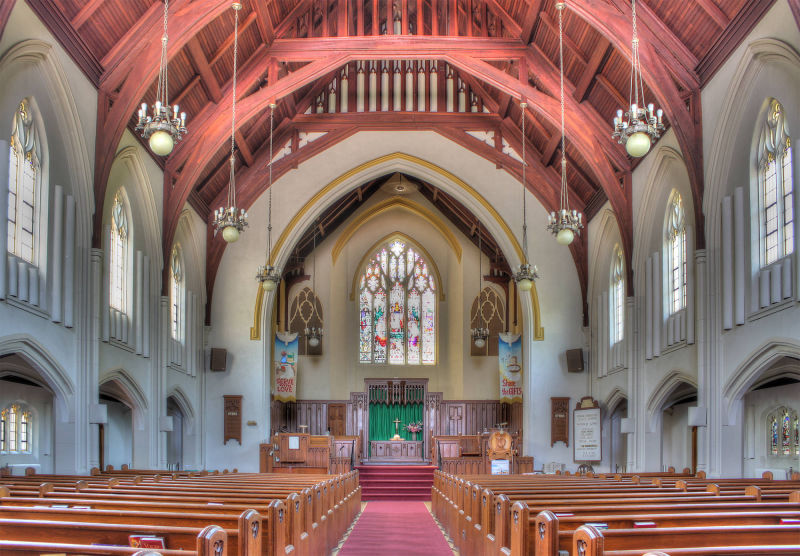 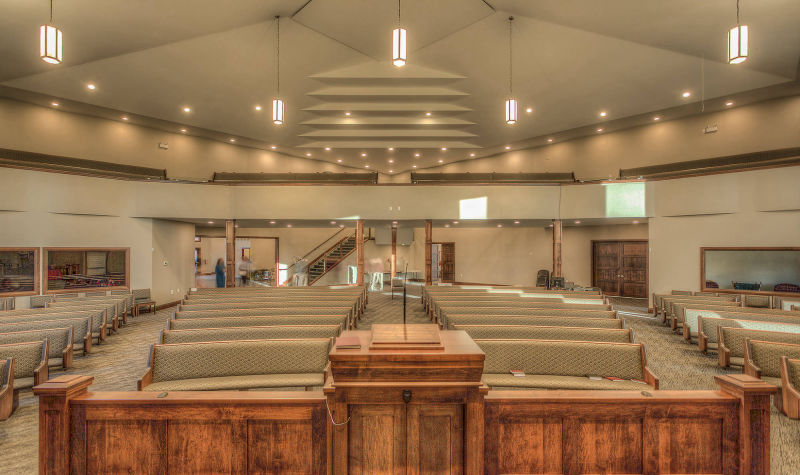 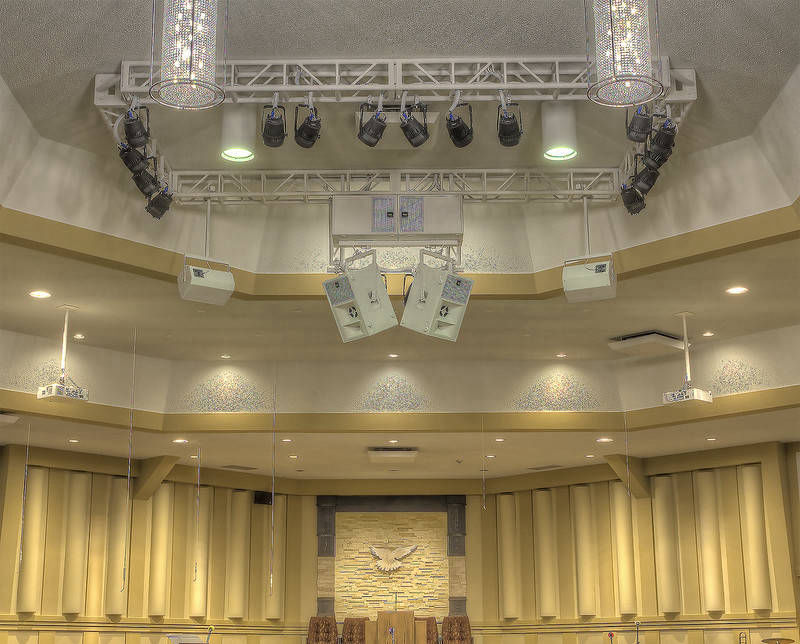 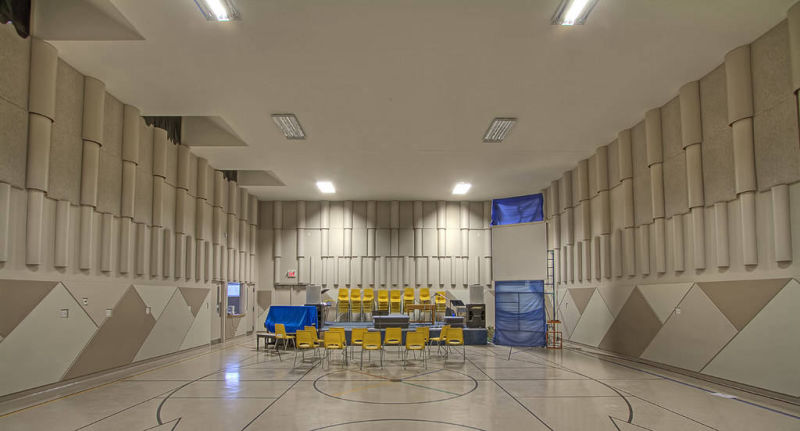 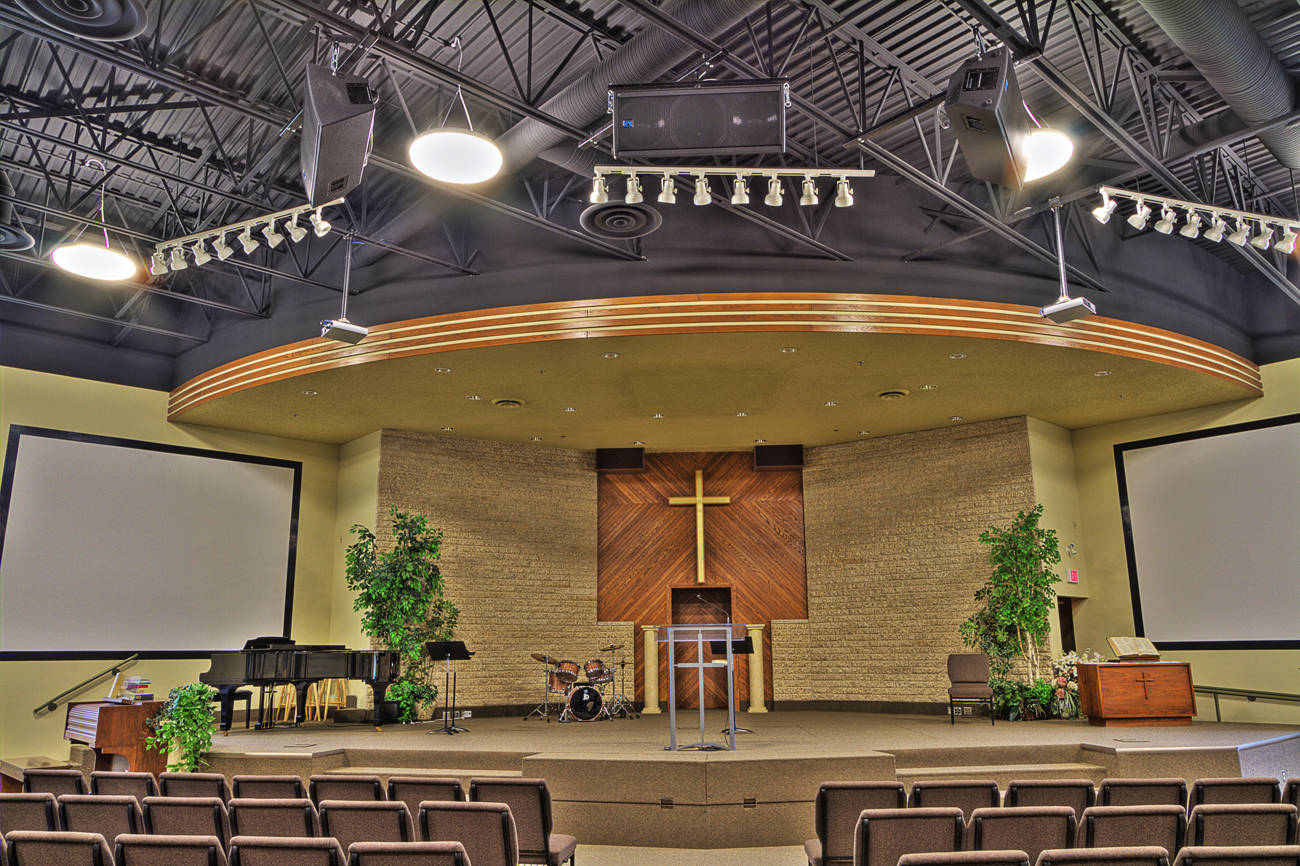 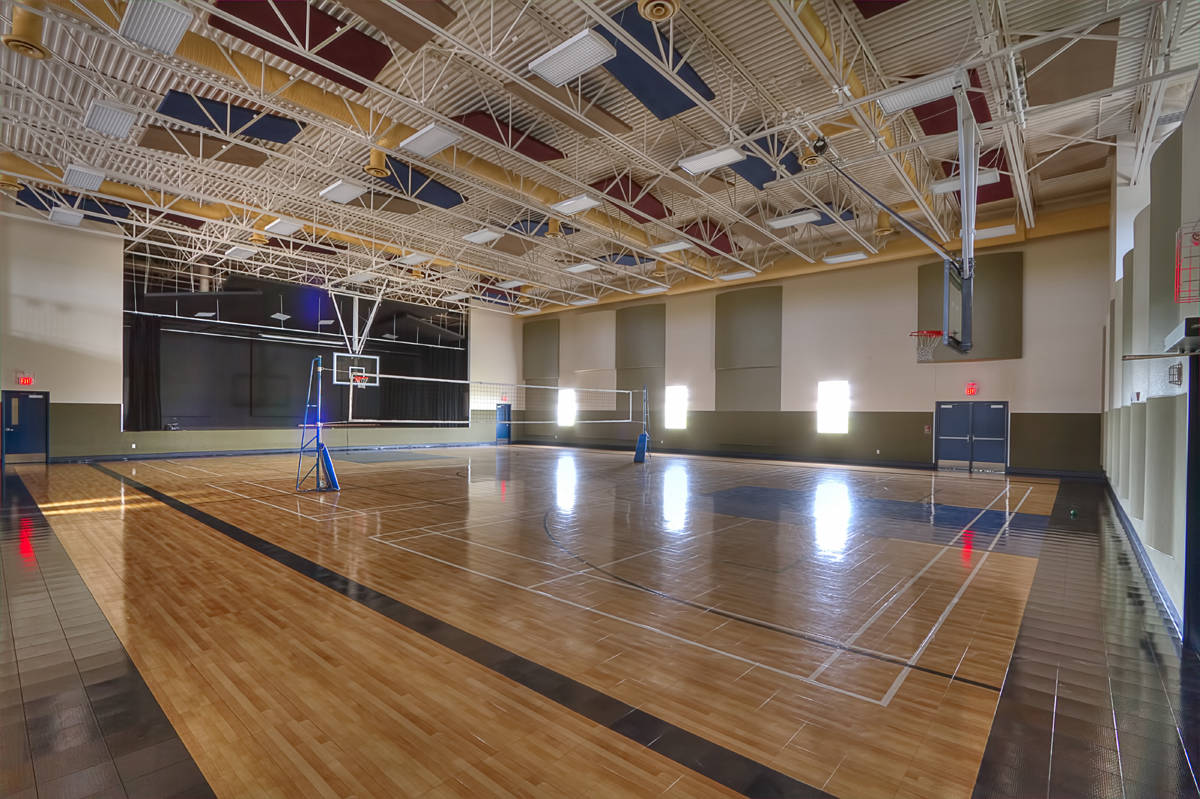 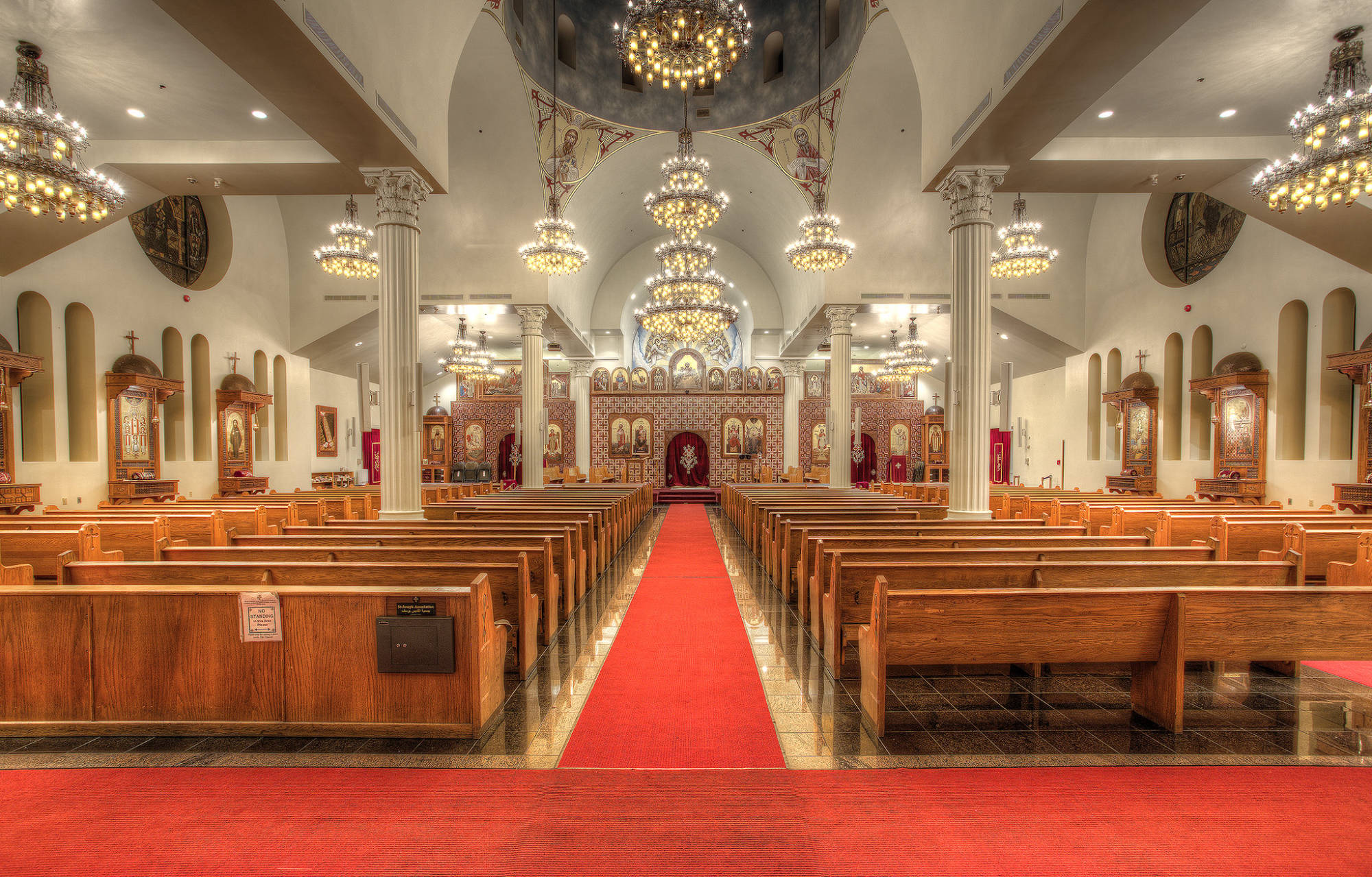 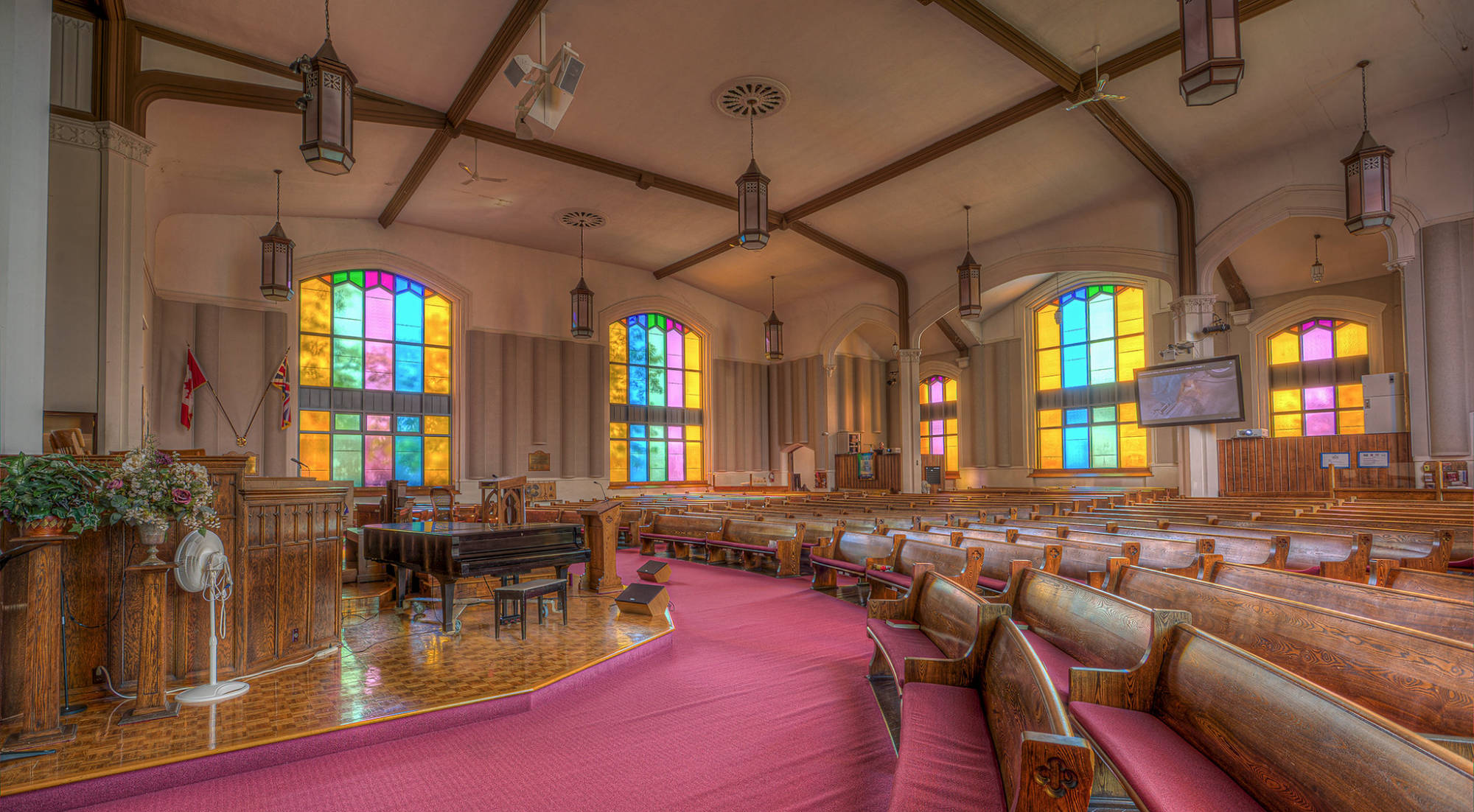 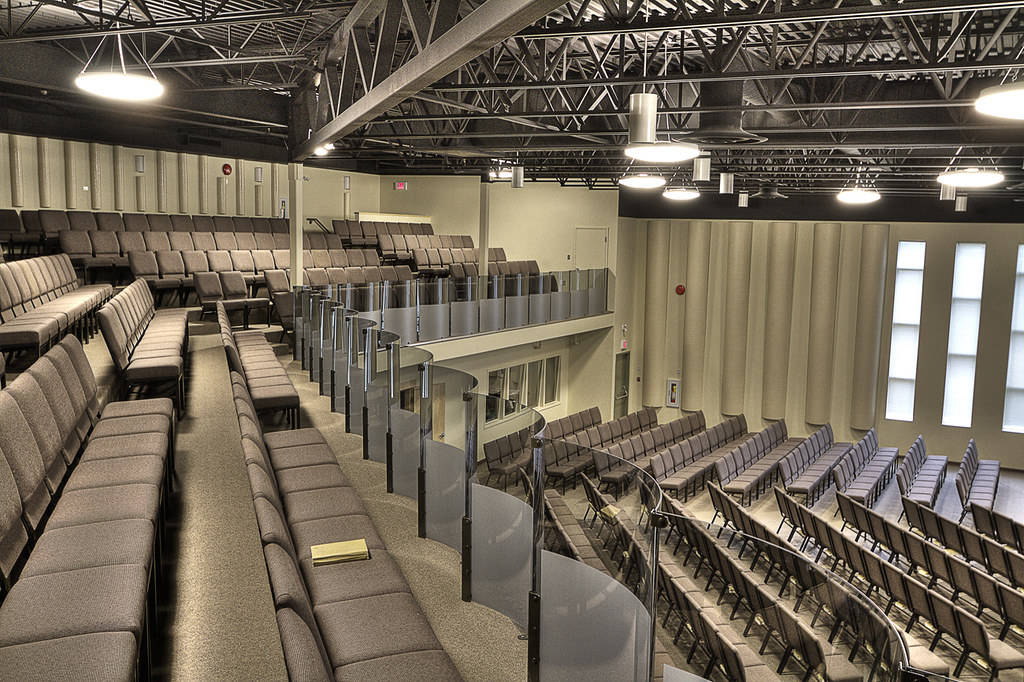 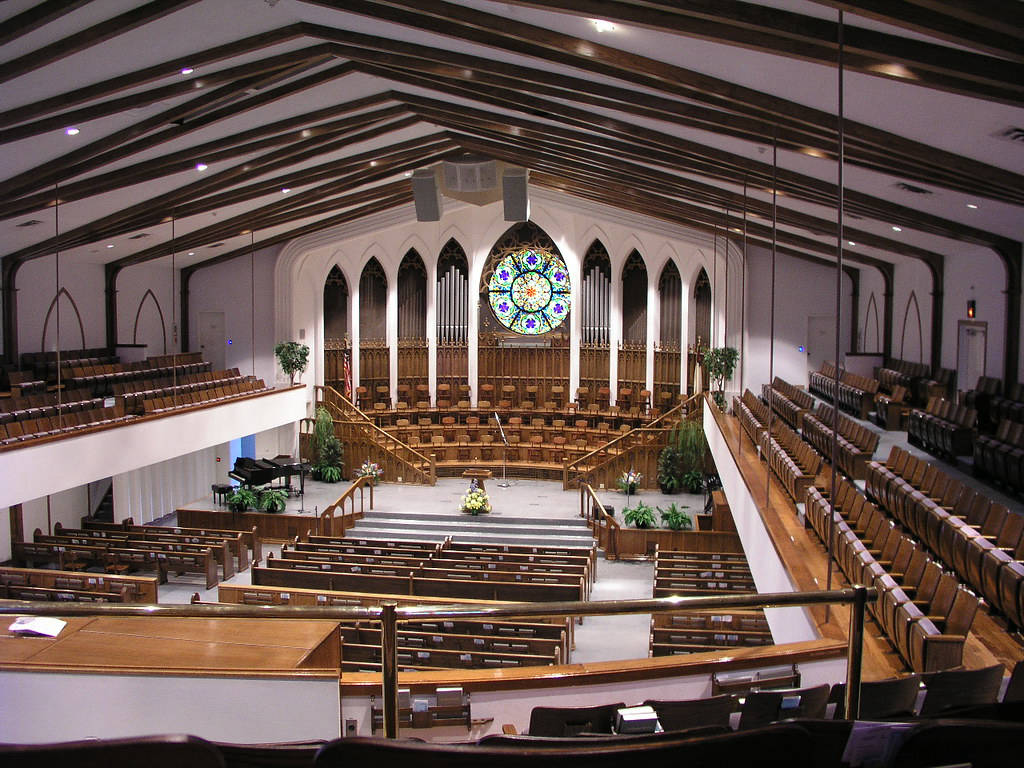 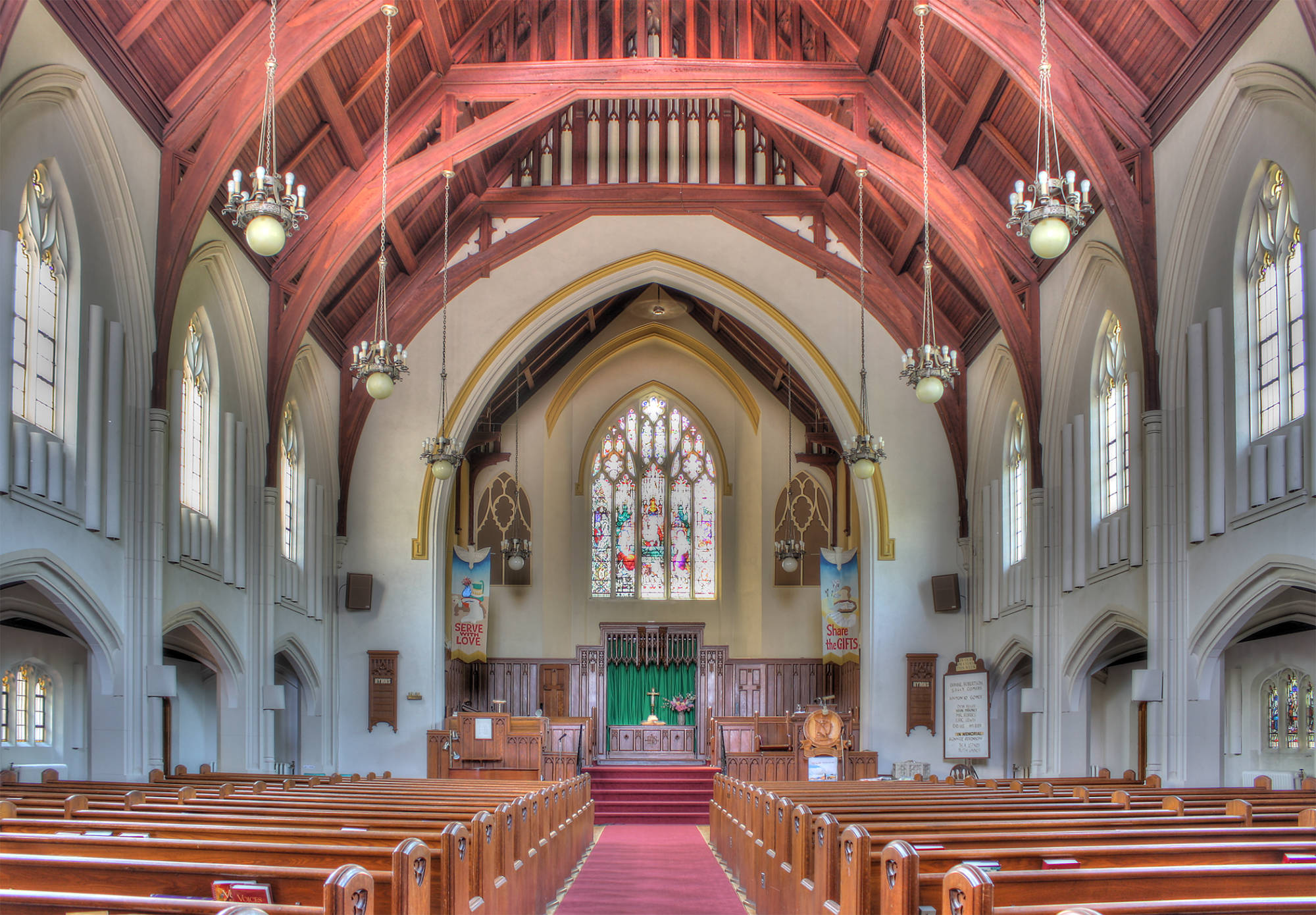 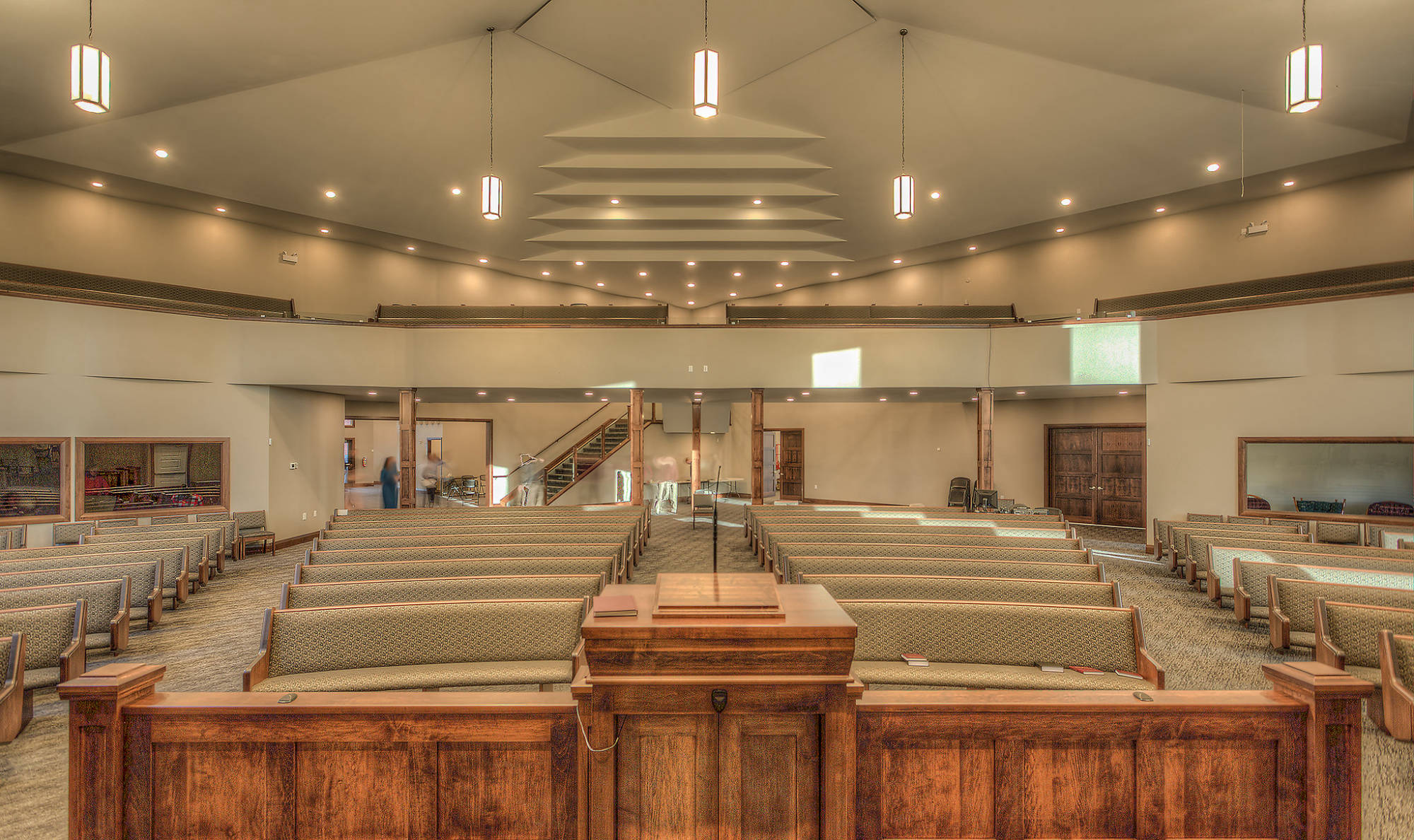 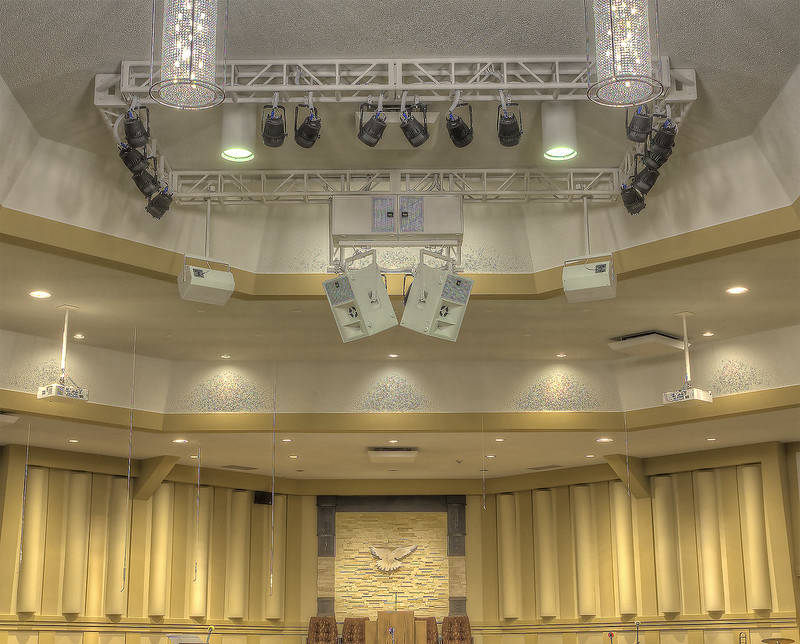 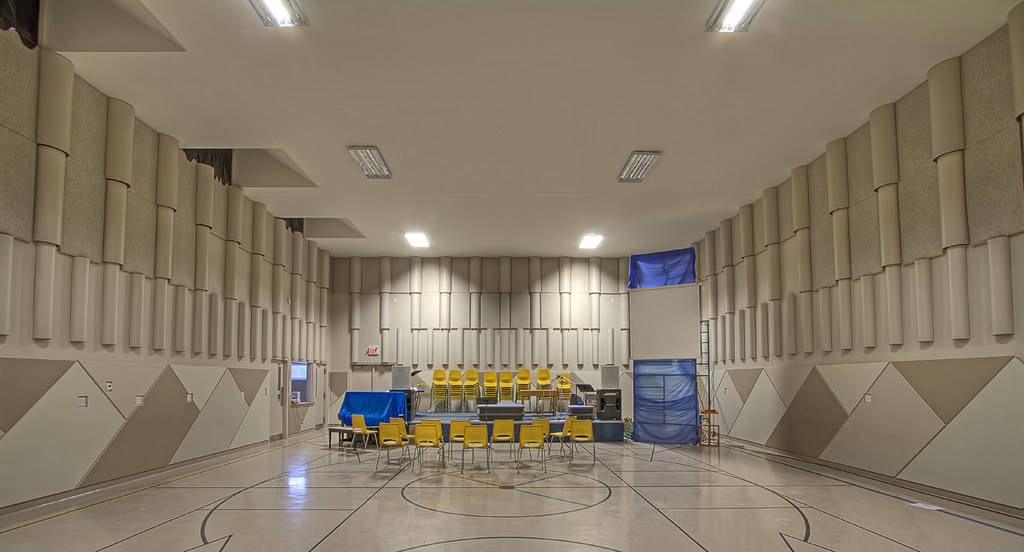 Examples of a few projects we have worked on

Is perfect Sound and Acoustics attainable in a Church?

Sound in a church is everything. Sound is how we communicate. Sound is the core and part of every aspect of worship. Sound brings us together, and it completes the images of what we see.

Before the invention of the sound system, churches were smaller. Care was taken in the design of a church to allow the human voice to reach everyone listening. There was always a cause and effect of how well that worked. The better a church was designed in following the “LAWS OF PHYSIC” concerning acoustics, the better a worship space would perform. Following those laws of physics allowed for larger churches to be constructed. Good acoustics allowed for churches up to 800 seating (according to the SBC church building design manual from the 1930's,) and have quality sound for all parts of a worship service regardless of the worship styles.

With the advent of the sound reinforcement systems, there was an unfulfilled hope that amplified sound would circumvent acoustical problems and magically make them disappear. Churches march ahead and expanded the size of church buildings without realizing the consequences of ignoring acoustical design learned from the past. In a rush to embrace this new invention, for those who wanted the best performance from the systems they were installing, they discovered that in the absences of acoustical design, the amplified was just as limited as the human voice is. Whenever the acoustics of a church is well planned, technology bridges the gap that allows people to be further from the preacher and still have that intimate feeling of what was being said, which makes the message more personal. Ignoring acoustics pushes people further away, and it automatically degrades the quality of the whole worship experience.

Designing or upgrading a sound system requires an in-depth knowledge of large room acoustics. Designing or upgrading the acoustics of a church also requires an in-depth understanding of sound systems and how different denominations and churches worship. Neither the sound systems or acoustics are exclusive. The two disciplines are directly bound to each other. You have to be an expert in both. Physics says you can’t fix acoustical problems with sound equipment but, with physical objects, you can improve the performance of any sound system substantially as well as the room.

Church Sound excellence requires advanced knowledge in large room acoustics to get the most performance out of a worship space. Manage the acoustics of a worship space properly, and you release the full potential of every piece of hardware that makes a sound system work. A successful worship space is a sanctuary where there is a balance in all sound and hearing events during worship. That window of getting it right is small, and we have been getting it right for years. The measure of a successful acoustical plan is in the attendance of a church after it has been upgraded.

The evidence of all of this is clear. The statistic shows that churches with good acoustics are healthier, better supported, and have few financial problems that churches that ignore how the worship space behaves, no matter how much people invest in technology. Sure, a great preacher can draw in more people and fill a church, but there is a constant 5-15% of any population group that is directly affected by sound quality, and those people stop coming to that church when sound is not addressing their needs. Regardless if a church seats 200 or 6000 people, regardless if it has one service to 3 services of worship every week, their week attending is either lower or higher depending on the quality of the acoustics of the sanctuary.

There is one more fact. Churches with the right quality of acoustics have annual donations 10 to 20% higher. This information comes from following up many of our before and after church projects 10 to 15 years later.

To learn more about how we can help your church send us an email or call us.

Technology and knowledge is doubling almost every day. New inventions are introduced hourly around the world. According to the Nielsen statistics, it is estimated that 85% of products fail and 95% of products fail in the first year. Failure in preaching the Gospel with a defective tool is not an option. The Bible teaches church sound. There are no failures when using God's way of solving sound problems. God's way to fix a church always compliments technology. Man's way to use technology...